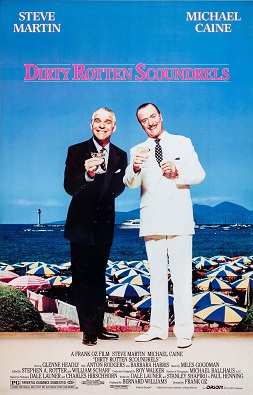 This hilarious comedy stars Steve Martin, Michael Caine, and Glenn Headley. Directed by Frank Oz (best known as creator of The Muppets), this film is set in the French Riviera and follows two men competing to swindle an American heiress out of $50,000. A remake of this film, entitled The Hustle, will be released in 2019.

Silver Screenings presents films that you probably saw (or should have seen) a few years ago and will enjoy seeing again. The theater accommodates thirty people and it has real theater seats in banked rows and a big screen. A discussion will follow the movie.