Members & guests–$3.99 on Amazon Prime and other streaming services. To RSVP for the discussion, please scroll down. Registered attendees will receive an email the day before the discussion with a link to join via Zoom. 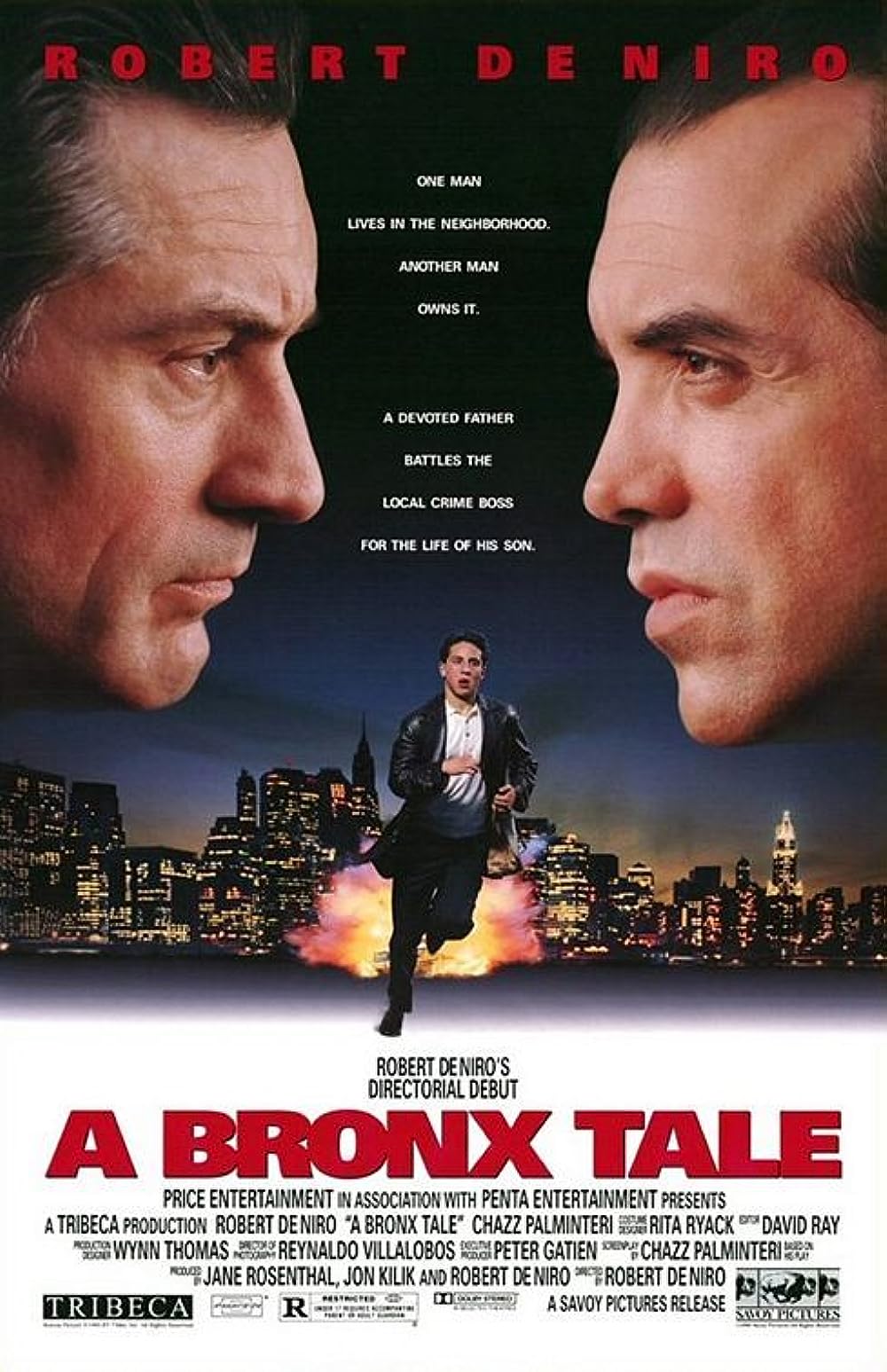 A Bronx Tale is adapted from the 1989 Broadway production written by Chazz Palminteri, starring director Robert De Niro. It tells the coming of age story of an Italian-American boy, Calogero, who after encountering a local Mafia boss, is torn between the temptations of organized crime and the values of his honest, hardworking father, all  amid racial tensions in his community.

De Niro, who first viewed the play in Los Angeles in 1990, acquired the rights from Palminteri, intent on making the play his directorial debut. The duo worked heavily together on the screenplay, with Palminteri aiming to retain many aspects of the original script, as it was based on his own childhood. Production began in 1991 and A Bronx Tale premiered at the Toronto International Film Festival on September 14, 1993. The film achieved commercial success, grossing over $17 million domestically. It fared better with critics, who praised the performances of the leads, and launched Palminteri’s acting career and helped De Niro gain acceptance as a director.

+ Google Calendar+ iCal Export
Tickets are not available as this event has passed.