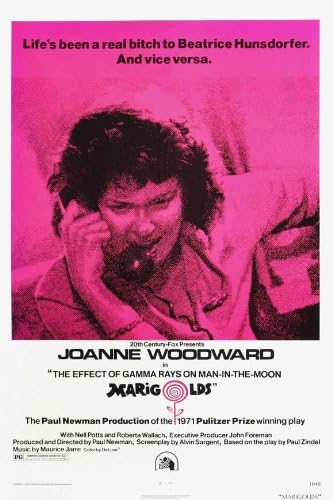 Members & guests–free. Watch the play adaptation anytime for free on YouTube (click here or see below). To RSVP, please scroll down. The day before the discussion, a confirmation email will be sent to registered attendees with details to join via Zoom.

Written by Paul Zindel who won a Pulitzer Prize for Drama in 1971, this play was adapted for the screen by Director Paul Newman, and his wife Joanne Woodward starred as Beatrice. Her daughter Matilda, played by Newman’s daughter Nell Potts and daughter Ruth is played by Roberta Wallach, Eli Wallach’s daughter.

Besides the Pulitzer Prize, the stage play won a Drama Critics Circle Award and Obie Award and Joanne Woodward won Best Actress for a Film Adaptation at Cannes Film Festival. The story is based on Beatrice and her relationship with her daughters, Matilda, who is very serious and focused on Science, and Ruth who is trying to emulate her Mother’s High School history. Since her husband died, Beatrice has taken in an older person to care for with unexpected results. Note: when you view the the play adaptation on YouTube, Tiny Theatre host Bobbe Wolf recommends turning on the closed captions as some scenes are difficult to hear.